Your nasal passage starts itching just before a bout of sneezing catches you off guard. Then your eyes get watery and suddenly your nose starts running faster than Usain Bolt in the 100m Olympic final. Before you know it your head is pounding and you feel fatigued. And then it dawns on you – it’s springtime which means one thing – hay fever season.

Although many people suffer from this condition, not many understand why. Sure, we all know it has to do with allergies. But allergies to what exactly? And why does it mostly affect us only at certain times of the year? Hay fever, also known as rhinitis, is the common name for an allergy to pollen. Although pollen is present all year round, it is prevalent in spring when most plant life pollinates.

There is approximately 30 types of pollen that causes hay fever and most come from three sources – grass, trees and weeds.  The former is normally released at the end of spring and beginning of summer while the latter is most prevalent in late autumn. Tree pollen is most common at the start and during spring.

Although one can get hay fever at any age, it normally begins in childhood. Interestingly though, it is more prevalent in boys than girls but affects adult men and women equally. The risk of getting hay fever increases in asthma and eczema sufferers while genetics also play a role as those with a family history of allergies are more prone to the condition.

Doctors and specialists are often asked what the cure for hay fever is. The simple answer? There is no cure! The most that one can do is to be proactive and apply preventative measures during hay fever season.

The most proactive thing to do is to avoid pollen and although this can be difficult at times, one can reduce exposure to it by doing the following:

* Stay indoors when pollen count is high (over 50). Most weather Apps offer a daily pollen index;
* Don’t keep fresh flowers in your living or working areas;
* Vacuum regularly. Conventional sweeping increases pollen exposure;
* Dust with a moist cloth on a regular basis. This ensures that dust is collected more efficiently and prevents the spread of pollen;
* Keep pets out of the house during hay fever season. We know this is a hard one to sell to animal lovers, but animal fur carries a considerable amount of pollen and dust which aggravates hay fever. If your pets do live or come indoors it’s important to wash and groom  them regularly;
* Avoid drying your clothes outside as this will prevent pollen from being brought into the house;
* Avoid grass during hay fever season – including mowing it. Yes, even if the lawn gets ‘óut of control’ your health is more important than a trimmed garden;
*  Don’t smoke and prohibit smoking in your house or around you;
* Shower and change clothes regularly during hay fever season to remove pollen on your body;

Despite there being no cure for hay fever, there is a wide variety of medication available to treat its symptoms. These include antihistamines, which may prevent an allergic reaction from occurring and corticosteroids (steroids), which help to reduce inflammation and swelling. Many of these medicines are available over the counter, but if the symptoms are severe, sufferers are urged to consult with a doctor for more potent options. Hay fever sufferers must also seek medical attention if hay fever symptoms persist after taking medication. Failing to do so may cause more serious health problems. These include middle ear infection and sinusitis. 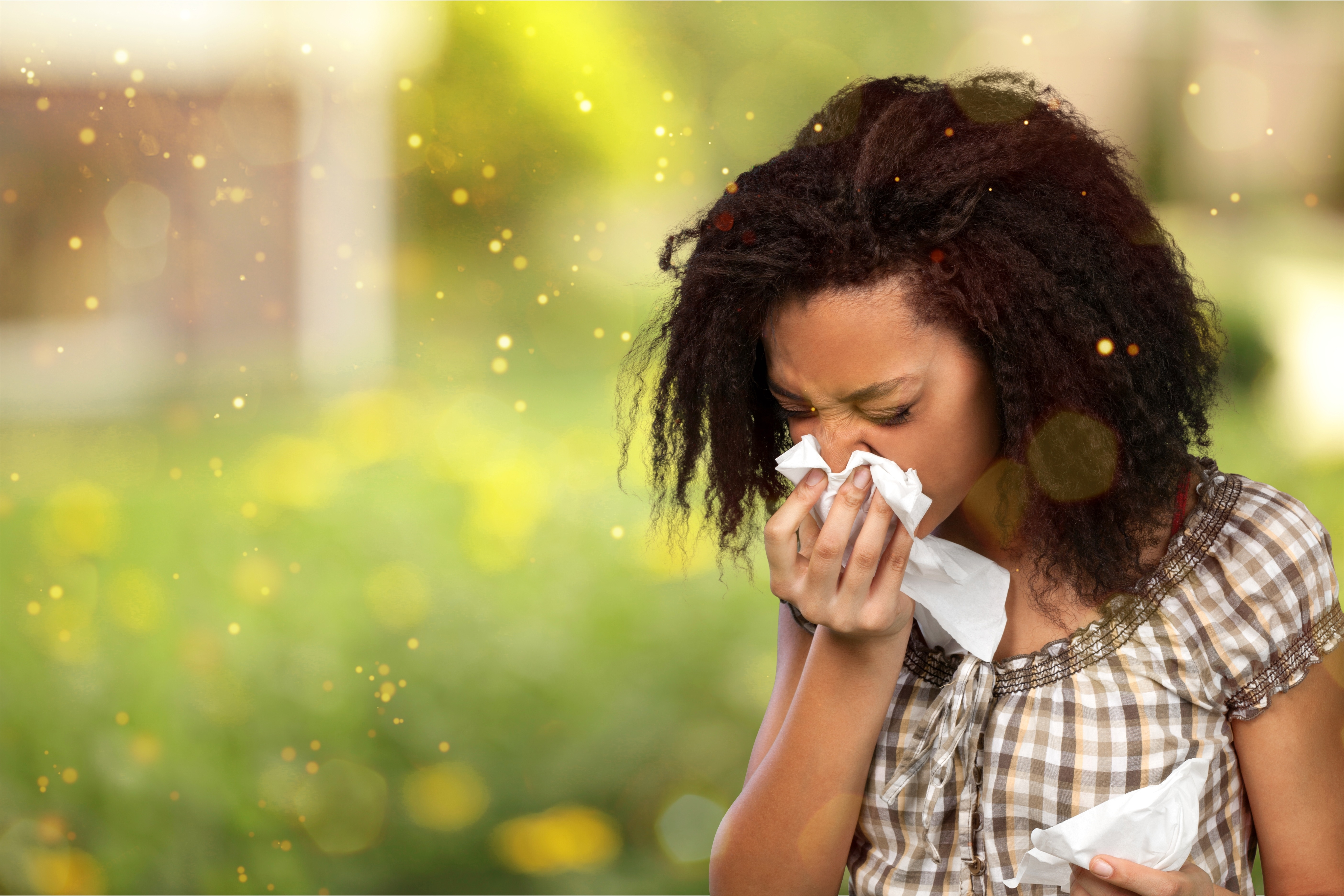